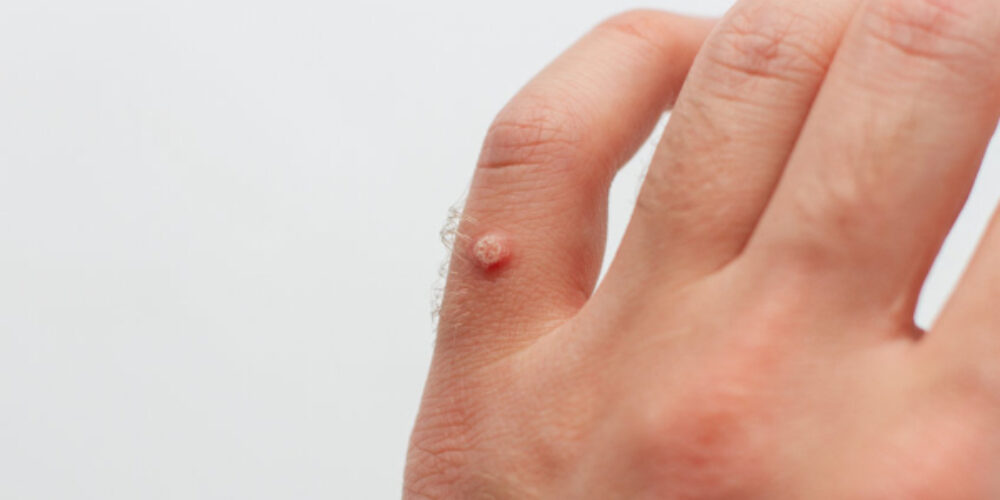 Natural Remedies to Get Rid of Warts

Warts are caused by the human papilloma virus (HPV). There are over 150 varieties of warts but they most commonly appear on the hands, face, neck and feet. Nearly 10% of the world’s population is infected with warts and they are more prevalent in children and those who are immune-compromised.

The two most-prescribed medical treatments of warts by dermatologists are salicylic acid (SA) and cryotherapy, in which the doctor uses extreme cold to freeze and destroy abnormal tissue with liquid nitrogen or argon gas.

SA is only considered modestly effective and takes up to three weeks for any results with mild side effects of skin irritation and stinging, while cryotherapy has known side effects of pain, blistering, nerve damage and scarring, in addition to being expensive.

There are some studies that show SA and cryotherapy did not beat the placebo or a wait-and-see approach in treating warts, and both are less effective with recalcitrant warts. In addition, these treatments do not address the underlying causes of warts, which are HPV and a possibly weakened immune system.

Natural treatments may be potentially more effective and safer, particularly long term or for recurring warts, as they address the underlying issues without highly negative side effects. Because they are antivirals, treatments with zinc and green tea effectively attack HPV. Garlic and bee propolis also have immunomodulating and antiviral properties that can cure warts while strengthening immunity.

Vitamins A, D and E are antioxidants and have known benefits for your skin and body to fight diseases and infections. Homeopathic therapies are also highly sought treatments for warts as they can be customized based on the patient’s health and the type and size of the warts.

Viral warts have been found to respond to the use of zinc. Increasingly, zinc oxide has been a treatment for a number of skin conditions including infections such as leishmaniasis and warts, inflammatory dermatoses such as acne vulgaris and rosacea, pigmentary disorders and basal cell carcinomas.

Thirty-one patients with multiple viral warts were recruited to a study that treated them with oral zinc sulfate​​ — a dose of 10 milligrams (mg) per kilogram (kg) to a maximum of 600 mg per day — for two months and follow up after six months. Results showed complete resolution of the warts after two months of treatment for 50% of the group, and all those who stayed with the program remained free of lesions at the six-month follow-up, with no serious side effects.

Similarly effective and safe, zinc sulfate at a dose of 10 mg per kg was successful for recurring common planter and plane warts in a study of 80 patients.

In a clinical trial, 55 patients with recalcitrant multiple warts were divided into a group treated with oral zinc sulfate (10 mg/kg to a maximum dose of 600 mg/day) for at least one month to a maximum of two months or given a placebo starch capsule with a six-month follow-up after the completion of the program. Treatment with zinc sulfate showed a 78.1% cure rate and the follow-up showed no recurrences, whereas the placebo group only had a 13% cure rate.

Eighty patients with more than 15 highly resistant viral warts including common, plantar and plane warts were enrolled in a clinical study; half were treated with oral zinc sulfate at a dose of 10 mg per kg daily up to 600 mg a day and the other half were given an oral glucose placebo.

Both groups had a two- to six-month follow up. In the zinc-treated group, the overall response was complete clearance of warts observed in 86.9% of those who completed the treatment while no patient of the placebo-treated group showed any positive response.

Vitamins A, D and E

Several vitamins, including vitamins A, D and E, have been reported as successful treatments for a variety of warts. An in-depth case study of a healthy, physically active 30-year-old female documented a nine-year history of highly resistant common warts on the back of the right hand and unsuccessful previous treatments with salicylic acid, apple cider vinegar and an over-the-counter blend of essential oils for warts.

Daily topical application of 25,000 IU of vitamin A — known as a retinoid — led to a cure of all the warts. Twenty patients with single or multiple plantar warts (these warts are on the feet and often are more persistent) were included in a study where vitamin D3 (0.2  milliliters (mL), 7.5 mg/mL) was injected into the base of the warts after prilocaine (0.1 mL, 20 mg/mL) injection.

The vitamin D3 treatment showed complete resolution of warts in 80% of the patients and partial resolution in one patient. Tocopherols are a form of vitamin E. In a study of 405 Brazilian women, a moderate level of vitamin E was found to be very effective against warts and protective against recurring HPV.

In Sayer Ji’s article “Garlic Cures 100% of Warts” (2019), he outlines the details of a trial that showed a 100% cure rate of warts using a garlic extract treatment.

In a clinical trial of 50 patients with recalcitrant warts, subjects were assigned to either a garlic extract treatment or saline placebo for four weeks. The garlic group achieved a 96% clearance of warts with no recurrence, showing garlic’s use as an immunotherapy that is inexpensive, effective and safe.

A case study of a 67-year-old immunocompetent nonsmoking man showed a persistent — for 5 years — large mosaic plantar wart on his right foot, despite six cryotherapy sessions and salicylic acid treatments. Application of topical Polyphenon E 10% twice daily resulted in complete removal of the lesion after three months and a high clinical efficacy.

In a similar placebo comparison with green tea in 542 patients, the Polyphenon E 15% ointment proved to be the most effective and safest for both genders to treat external genital warts.

A dramatic clinical effect after two months — 100% cure rate — was observed from topical treatment with Polyphenon E 10% in a case study of an immunocompetent 26-year-old with multiple lesions of the genital area who did not respond to previous drug treatment.

Overall, Polyphenon E or green tea has been shown to be an effective and well-tolerated treatment for many types of warts, but particularly common and plane warts.

In a trial including 135 patients with different types of warts, three-month treatment with oral bee propolis, echinacea or placebo showed the bee propolis group had a 75% cure rate with plane warts and 73% success rate with common warts, significantly better than both the echinacea and placebo groups.

In an eight-week trial of 60 children aged 6 to 12 years with common hand warts, groups were evenly split between homoeopathic treatment or placebo, resulting in nine children with 50% of all warts removed and five with 100% clearance using homeopathy.

In another study of homeopathic treatments for various types of warts, 18 of 19 people with plantar warts were cured in, on average, 2.2 months. The most common remedy was Ruta, given to 12 of the 19 patients, followed by Thuja, which was prescribed for three patients, and Antimonium Crud for two patients.

The most successful homeopathy is customized for the patient, treats the totality of symptoms and takes a more holistic approach to healing the overall body.

The two most common medical procedures of using salicylic acid and cryotherapy have been found to be lackluster in performance compared to placebos and often the warts reoccur. Cryotherapy also may cause considerable harmful side effects.

Natural wart therapies such as zinc, garlic, green tea, vitamins and homeopathy are potentially more effective, safer and long-lasting, as they address the root causes of warts — HPV and a weaker immune system. To find out more, please see GreenMedInfo.com’s database on warts, human papillomavirus, and immunomodulatory or immunostimulatory agents.

2 responses to “Natural Remedies to Get Rid of Warts”

Please log in again. The login page will open in a new tab. After logging in you can close it and return to this page.