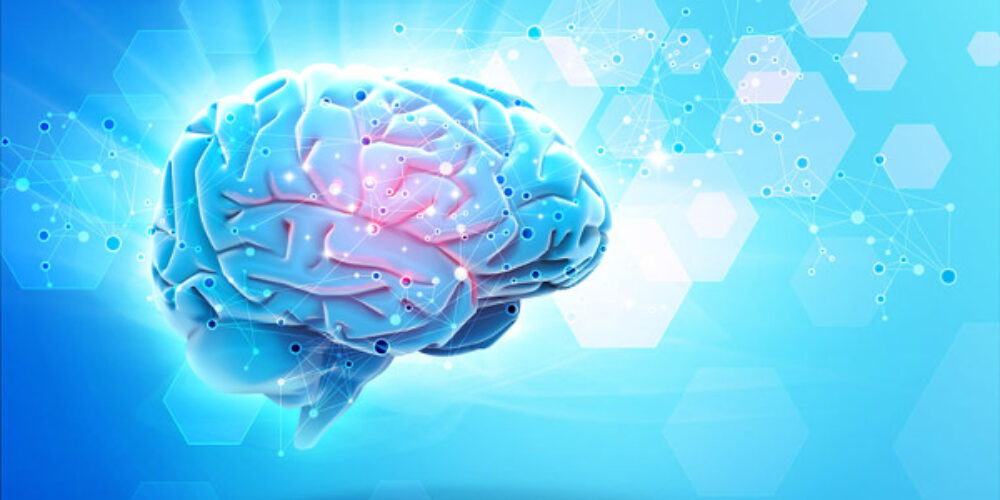 Protect Your Brain With These Top Six Substances

Your brain is “command central” for nearly all your body’s normal waking functions. Protect it from the damaging effects of our chemical world, as well as the ravages of time, by strategic supplementation with these top six naturally neuroprotective substances

The brain is the most complex organ in the human body, supposably possessing around 100 billion neurons (nerve cells) and more than 100,000 miles of blood vessels. Responsible for controlling such functions as walking, talking, thinking and breathing, the brain functions as “command central” for the nervous system, so protect it, you must.

A healthy brain is crucial at any age, but it is particularly important to safeguard when the brain is still forming (up to age 25) and in older adults. If you are having lapses in memory and attribute it to “senior moments,” the signs of mild cognitive decline (MCD) may already be in effect.

But don’t worry — numerous studies have linked specific natural substances to delaying and even reversing MCD. Read on and learn how to protect your all-important brain with these six naturally neuroprotective substances.

The natural plant compound responsible for turmeric’s bright orange color, curcumin is a powerful antioxidant linked to dozens of beneficial health effects. One purported benefit that has been extensively researched is curcumin’s ability to protect the aging brain, an important effect at any age, especially when symptoms of dementia are present.

A 2012 study on the effects of turmeric on Alzheimer’s disease patients with severe behavioral and psychological symptoms of dementia showed that patients “improved remarkably” as a result of consuming 100 milligrams (mg) of curcumin daily for 12 weeks.

Symptoms such as agitation, anxiety, apathy and urinary incontinence began improving after patients were prescribed turmeric powder capsules, without any adverse reactions noted. After three months of treatment, neuropsychiatric scores showed that symptoms were less acute and the burden on caregivers had lessened. After one year on the turmeric supplement, patients had not experienced a return of prior symptoms of dementia.

While you may not be familiar with their name, ginsenosides are potent plant compounds that have been isolated in the popular natural health aid, Panax ginseng. Responsible for the pharmacological effects of ginseng, ginsenosides play a critical role in the body’s inflammatory and disease responses and are featured in a deepening catalog of research that may help prevent and treat inflammatory diseases, including those affecting the brain.

A recent study published in Frontiers in Pharmacology explored the effects of ginsenosides and their probable neuroprotective mechanisms in ischemic strokes, the most common type of stroke, occurring when a blood vessel leading to the brain is obstructed.

After an exhaustive meta-analysis evaluating the effects of ginsenoside-Rb1, researchers concluded that ginsenosides have a potential neuroprotective effect that works through an array of mechanisms, including attenuating brain water content, promoting neurogenesis and reducing cell death, and providing antioxidative, anti-inflammatory effects. G-Rb1 also supplemented energy and enhanced cerebral circulation.”

Ginkgo biloba has a long history as a natural health aid, with anecdotes describing its use for asthma and bronchitis as far back as 2600 BCE. Most ginkgo biloba supplements are made from the leaves of the ginkgo tree, one of the longest-lived tree species on the planet, dating back more than 200 million years. A single ginkgo tree can live for as long as a thousand years, so is it any wonder these trees may help improve your memory?

A human trial on healthy, active young men found that six weeks’ supplementation with ginkgo biloba provided a boost in athletic performance, endurance and antioxidant capacity, and elicited better neuroprotection through increased exercise-induced production of brain-derived neurotrophic factor (BDNF), a biomarker that serves to modulate brain activity and plays a part in neuroplasticity, the ability of the brain to regenerate in a healthy manner.

Like curcumin, resveratrol is a natural plant polyphenol responsible for the deep color of wine, grapes and red and blue berries. Known to pack an antioxidant punch, resveratrol has been synthesized into supplement form with promises to remedy everything from overweight to heart disease. But what does science say about this trendy panacea when it comes to brain health?

A 2017 Australian study tested whether chronic supplementation with resveratrol could improve brain function, cognition and mood in post-menopausal women. Eighty women aged 45 to 85 years were randomized to receive resveratrol or placebo for 14 weeks; effects on cognitive performance, cerebral blood flow and arterial stiffness in the middle cerebral artery were measured.

Cerebrovascular responsiveness (CVR) to both cognitive testing and hypercapnia (excessive carbon dioxide in the blood) were also assessed, and mood questionnaires were administered. Compared to placebo, resveratrol elicited 17% increases in CVR to both hypercapnic and cognitive stimuli. Performance on cognitive tasks for verbal memory significantly improved, as did overall cognitive performance.

Mood also improved in multiple measures, indicating that regular consumption of a modest dose of resveratrol may enhance both cerebrovascular function and cognition. Researchers posited that resveratrol supplementation could potentially reduce the heightened risk of accelerated cognitive decline in post-menopausal women and offers a promising therapeutic treatment for this population group.

Melatonin has garnered fame as a natural sleep-aid, but did you know that it also protects the brain? A naturally occurring hormone that helps regulate the sleep-wake cycle, melatonin is a neuroprotective agent that may hold therapeutic promise for brain disorders like Alzheimer’s, Parkinson’s and stroke.

Secreted by the pineal gland in the brain, melatonin supplementation has been shown to reduce the incidence of delirium in older adults. A 2018 meta-analysis of both human and animal studies provided clinical evidence that melatonin treatment after traumatic brain injury (TBI) can significantly improve both pathological and behavioral outcomes in TBI patients. Observed results include reduced size of contusions and cerebral edema and enhanced cognition.

The journal Neural Regeneration Research published a 2021 animal study on the effects of melatonin on rats with induced Alzheimer’s disease. Rats were administered 30 mg of melatonin per kilogram (kg) of body weight for 13 consecutive days.

Melatonin supplementation ameliorated learning and memory impairments on maze tests, improved the morphology and density of microvessels in the brain, alleviated pathological injuries of cerebral neurons and decreased the expression of vascular endothelial growth factor and its receptors. Researchers concluded that melatonin supplementation can improve the cognitive function of patients with Alzheimer’s disease.

Cannabidiol, or CBD as it’s commonly known, is an isolated active compound in the cannabis plant that has been shown to effectively treat insomnia, pain and brain disorders like anxiety and epilepsy. Despite demonstrating such powerful effects on the brain, CBD is non-psychoactive, meaning it won’t get you high. But according to the latest medical science, it may possess strong neuroprotective properties to support your brain as you age.

Studies on CBD as an adjunct treatment for Parkinson’s disease (PD) patients have yielded promising results. Published in the Journal of Psychopharmacology, a 2009 study tested six PD patients and found that doses of CBD ranging from 150 mg to 400 mg over four weeks produced significant improvements in psychosis episodes and symptoms.[xviii]

In 2014, researchers conducted a double-blind trial with a group of 21 PD patients receiving either CBD at 75 mg/day, 300 mg/day or placebo for six weeks. Increases in well-being and quality of life were observed in the 300 mg/day group versus the placebo group. Researchers hypothesized that these improvements may have been due to cannabidiol’s “anxiolytic,” “antidepressant,” “anti-psychotic” and “sedative” properties.

CBD isn’t the only active plant compound in the cannabis plant (collectively called “cannabinoids”) that is proving its value to medical researchers. THC, the cannabinoid thatconveys marijuana’s psychoactive properties, has been found to be superior to prescribed drugs in the treatment of Alzheimer’s disease. Researchers attribute this compelling discovery to a “previously unrecognized molecular mechanism through which cannabinoid molecules may directly impact the progression of this debilitating disease.”

Please log in again. The login page will open in a new tab. After logging in you can close it and return to this page.